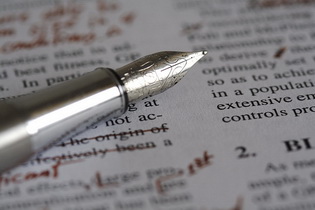 “We prefer not to use the word celebrity”, a fundraiser for a major NGO told me some time ago. I’d used the phrase “celebrity supporters” in a magazine I was editing for the charity. The charity made much use of high-profile celebrities. She wanted it changed.

What can we use instead? Something like, “our friends and supporters from the worlds of music, fashion, sport and media”, was her suggestion.

That’s catchy, I thought. But I was intrigued by her motivation. What was she trying to do? It turned out that she was putting into practice a writing principle that was in vogue then, as now: it is wrong to describe people, particularly stakeholders, in ways that they’re not happy with.

It’s a good principle. It’s right to be thoughtful. Consistency and integrity matter. If people you work with don’t like being described as victims, or lumped together as “the disabled” or “the elderly”, then you don’t do it. From the fundraiser’s point of view, it’s not hard to imagine a celebrity saying one day that they see themselves as an individual who is personally very committed to the charity’s work, and doesn’t like being referred to as just another sleb. Even if the word is spelt out in full.

But sometimes good principles clash with other principles, and a choice has to be made. In this case, her preferred solution clashed, in my view, with the very good principle of avoiding sounding convoluted, naff and precious. It was also close to violating the principle of intelligibility. There’s no point in using words that readers can’t understand. If you write in a secret code, you’re not communicating, however happy it makes your stakeholders.

I’ve heard people argue that charities should have lists of banned words for their written communication. I’d be very cautious about this. If people writing for your organisation need to be told not to use the kind of words you might have on a banned list – racist words, non-inclusive language or derogatory terms for disabled people, for instance – then you have a problem with your communicators that isn’t going to be cured by producing a list.

If your list goes beyond the obviously offensive and includes terms that some of your stakeholders don’t much like, you are potentially on a collision course. How do you choose between those of your beneficiaries who prefer the term “disabled people” and those who prefer “people with disabilities”? You might decide not to use the phrase “spare room subsidy”, figuring that “bedroom tax” is widely understood and more honest. But that’s inept if you are communicating with a member of the current government whom you want help from. If you never allow yourself a short form but always use the full phrase “refugees, asylum seekers and other vulnerable migrants”, some of your target audience will never get to the end of your piece. What’s that achieved?