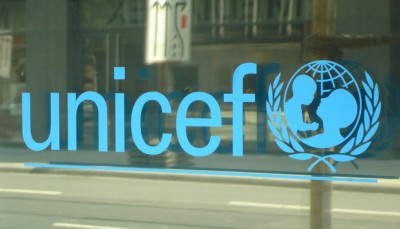 Improving a piece of writing isn’t always about tinkering with words and sentences. Sometimes you need to take a step back and start again. Here I describe what my approach would be to written material that just isn’t working.

Start with a challenge. Read the following sentence and say what it means. Tell someone else, in your own words, what the central point is.

Upstream policy work, within a rights and gender framework, has generated increasing engagement with, and capacity-building of, civil society, enabling citizens to exercise their rights to participate in public policy decisions.

It would be cheering to think that this is a hastily-written first draft, soon discarded. Sadly, it’s live and prominent on the website of a humanitarian intergovernmental organisation.

Here’s another sentence, which reveals the source:

Building on field experience and working in alliance with other United Nations agencies, UNICEF collaborates with partners to stimulate dialogue around macrolevel policies that guide national frameworks, legislative reform and budgetary allocations affecting children and families.

This sort of writing doesn’t call for a light edit. Something more radical is required. If I were working on it I’d request a conversation with the client. I’d try to get them to tell me what they really want to say. I’d explain that this style of writing communicates very little, except perhaps as a reminder to insiders of what they already know. They are probably not the target readership.

Once we’d established some trust, I’d ask a lot of specific “outsider” questions, probing things they take for granted. Why do you work within a rights and gender framework? What happens when citizens participate in public policy decisions? How do you stimulate dialogue?

I’d also ask some unexpected general questions. What surprises people when they first come across Unicef’s work? What is the department’s greatest achievement? What is its greatest headache?

If I’m very unlucky, this may produce more of the same and little of genuine interest. If so, as a damage limitation strategy I’d suggest presenting key points as a list. It still won’t communicate much, but at least readers will be able to see it at a glance and won’t waste so much time. It would be punchier, less buried in abstract words and long sentences.

More likely, the conversation will produce a good quarry of quite different material. It won’t take long, either. This is not hard, slow, introspective work. People tend to give answers to these kinds of questions quickly and intuitively. They know why they are doing the work. They just don’t often get a chance to explain it to anyone else. When they do, they often feel re-oriented and re-committed to their work, their passion renewed. That’s a useful by-product of talking to an outsider.

I can then use that quarry of material to produce something that reflects the work and the driving force behind it. I’d write a descriptive, varied, vivid and memorable summary of Unicef’s policy work. Very importantly, it would reflect the humanity of the organisation. As politicians say, that’s an aspiration not a firm promise. But the result should certainly be more readable than the quotations above.